Let Us Help You Submit a Consumer Proposal Get Better Terms with Your Creditors If you’re stuck and overwhelmed with debt and can’t see a solution, don’t worry—we’re here to help. A consumer proposal can help you get a handle on your debts, settle them, and get you on the right track to better finances. [...]

Let Us Help You
Submit a Consumer Proposal

If you’re stuck and overwhelmed with debt and can’t see a solution, don’t worry—we’re here to help. A consumer proposal can help you get a handle on your debts, settle them, and get you on the right track to better finances. At Baker Tilly Ottawa Ltd., we prepare a consumer proposal on your behalf and work with your creditors to agree to accept a substantial reduction in their claims on accounts of interest and principal.

Our Experience Gets You Results

A consumer proposal can only be administered by a Licensed Insolvency Trustee (LIT) and Proposal Administrator. Baker Tilly Ottawa Ltd.’s experience and expertise as a LIT and in the administration of consumer proposals ensures our clients are able to get back on their feet and get their debt crisis resolved.

Not Sure Where to Start with Consumer Proposals?

Don’t worry! Our team of experts are ready to help you navigate your debt crisis and find a solution that will get you back in control of your finances. We have years of experience working as Licensed Insolvency Trustees and know how frustrating, intimidating, and worrying these financial challenges can be. We’re here to help you at every stage of the process, and nothing makes us happier than seeing our clients take control of their finances.

Learn more about the process and get started today!

How Long Does it Take to Complete a Consumer Proposal?

What You Should Know About Consumer Proposals & Your FutureAfter struggling with debt for a long...

Read More
What to Expect From Credit Counselling

Seeing a Credit Counsellor? Here’s What You Should KnowWhen you’re burdened by debt, it’s hard...

Read More
Can You Move Abroad Before Bankruptcy Discharge or Completing a Consumer Proposal?

Everything You Need to Know About Moving If You Have Debt or are BankruptMoving to another country...

Information and Answers to Common Questions We Receive

Still on the fence about consumer proposals? We’ve compiled some of the most common questions we receive, along with answers to help you understand the process and how it can help you during a financial crisis. 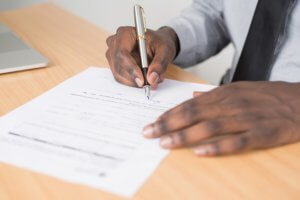 What is a consumer proposal?

Industry Canada’s definition: A consumer proposal is a formal, legally binding process that is administered by a Licensed Insolvency Trustee (“LIT”) and a Consumer Proposal Administrator. In this process, the LIT will work with you to develop a “proposal”—an offer to pay creditors a percentage of what is owed to them or extend the time you have to pay off the debts, or both. The term of a consumer proposal cannot exceed five years. Payments are made through the LIT, and the LIT uses that money to pay each of your creditors.

Is a consumer proposal the same as bankruptcy?

This is one of the most popular consumer proposal FAQs and the answer is “no”.

In a bankruptcy, your creditors do not have a vote to accept or decline the bankruptcy. When filing for bankruptcy all of your assets (except exempt assets) vest in the Licensed Insolvency Trustee administering your bankruptcy. The Trustee will perform calculations of your income, expenses, assets and liabilities. Based on these calculations you will make a monthly payment to the Trustee for 9 months, 21 months, or possibly longer, depending on your income and if you have previously been bankrupt. During this repayment period you are “undischarged” -meaning that you have to report your income and financial status to the Trustee on a monthly basis.

If your financial circumstances change over the course of the bankruptcy, whether for better or worse, it may change the amount you must pay the Trustee and how long you are bankrupt. Once repayment is complete, and you complete a number of other straightforward duties, you become “discharged” from bankruptcy and your obligations to your creditors are complete.

Both consumer proposals and bankruptcy offer unique benefits and the best option for you will largely depend on your personal circumstances. For further information regarding consumer proposal vs. bankruptcy, read our article: Is Bankruptcy or A Consumer Proposal the Better Option for Tax Debts?

Will a consumer proposal ruin my credit?

This is one of our consumer proposal FAQs that does not have a black and white answer. Drowning in debt and/or not paying your debt on time can ruin your credit. Late payments remain on your credit report for 6 years from the date reported. Defaulted credit cards report the same.

So, yes, a consumer proposal will impact your credit, but so will being overwhelmed in debt and making late payments. A consumer proposal may well enable you to see your way back to good credit faster than maintaining the status quo. A related question we get a lot is, “Can I purchase a home after Consumer Proposal?”, which you can review in our linked article.

Are my assets safe in a consumer proposal?

Many assets can be kept as they are exempt from seizure under federal and provincial laws. Many individuals successfully file consumer proposals and keep their homes and vehicles.

Will my total debt be reduced in a consumer proposal?

Do not trust any company that promises to reduce your debt without having done a complete review of your finances. In most cases, your total unsecured debt can be reduced in a consumer proposal. There are also instances where an individual has assets that have equity, or substantial income, and they make a proposal not to reduce their overall debt but, rather, to consolidate and reduce their monthly payment to something more manageable.

Will a consumer proposal stop my creditors from coming after me?

Collection action being taken by unsecured creditors, like credit card providers and the CRA (where there is no lien), and where a consumer proposal is filed, will immediately cease until the outcome of the proposal (accepted or rejected) is determined. Your Trustee has the power to issue an immediate stay (freeze) of collection actions. This can include stopping wage garnishments and lifting freezes of bank accounts. This is one major benefit of filing a consumer proposal for individuals in need of financial relief from aggressive collection actions.

What does a consumer proposal cost?

The short answer is that the cost of a consumer proposal depends on your individual debts and creditors. Your Licensed Insolvency Trustee does charge a fee, but these fees are set by the federal government, and are included as part of your monthly payments.

How long does a consumer proposal last

The average consumer proposal payment term is somewhere between 40 and 48 months. Generally, most proposals are fully paid off by 42 months. By law, though, consumer proposals cannot be longer than 60 months, or 5 years. However, should your financial circumstances change, you don’t have to worry about being stuck with payments when you could easily repay your debts with a lump sum. You are legally permitted to pay off your debts faster, which most people wind up doing.

What are my responsibilities in a consumer proposal?

During a consumer proposal, you are required to make all payments and attend two credit counselling sessions. You don’t have to report your income and expenses, unlike bankruptcy.

What happens if I miss a payment?

If you miss a payment, it can be added to the end of your proposal term. You can defer up to two payments in total. Should you miss three total payments, however, your proposal is automatically annulled, and your debts are reinstated in full along with any interest or penalties you could have been charged had you never filed the consumer proposal.

Furthermore, if your proposal is annulled, you cannot file another consumer proposal for the same debts without getting permission from the Courts. Finally, the money you’ve already paid is not returned to you, as it’s already been distributed to your creditors.

Back To The Top